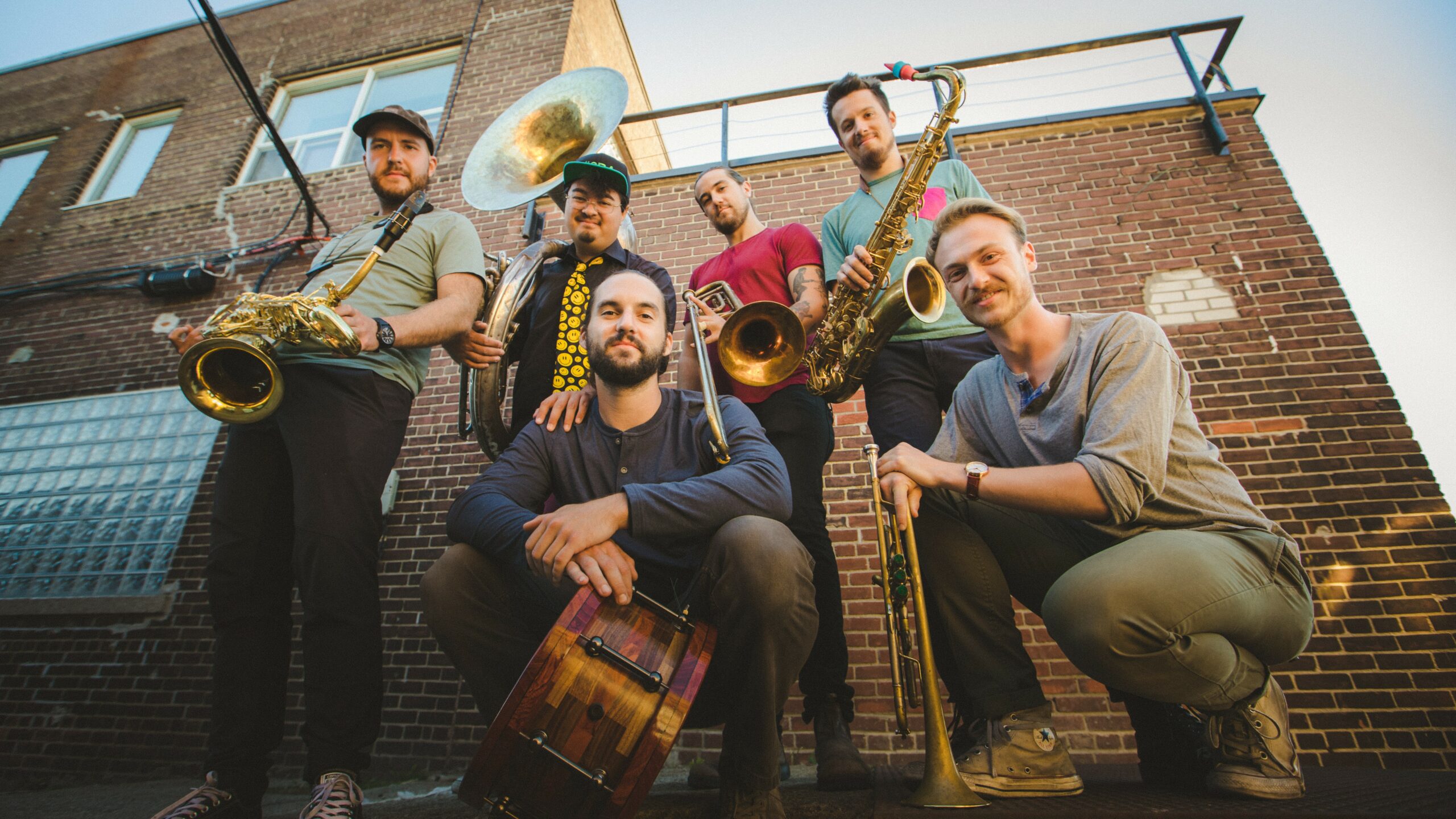 Born on the streets of Toronto in 2017, Big Smoke Brass is a leading voice in Canada’s brass scene. With hundreds of performances under their belt, the band is equally comfortable on the streets, in clubs, at events, at festivals, or on the road. Since the release of their debut EP, “No
Breaks” in 2018, the band has toured eastern Canada, released several singles and music videos, shared stages with international artists, and been featured on a variety of television and web programs. In 2021, Big Smoke Brass released their debut full-length album, “From a Block Away”, as well as a self-produced EP, “Bass Camp”. The band maintains a busy performance schedule throughout the year, all while endeavoring to spread positivity and foster community with their listeners and the next generation of musicians.