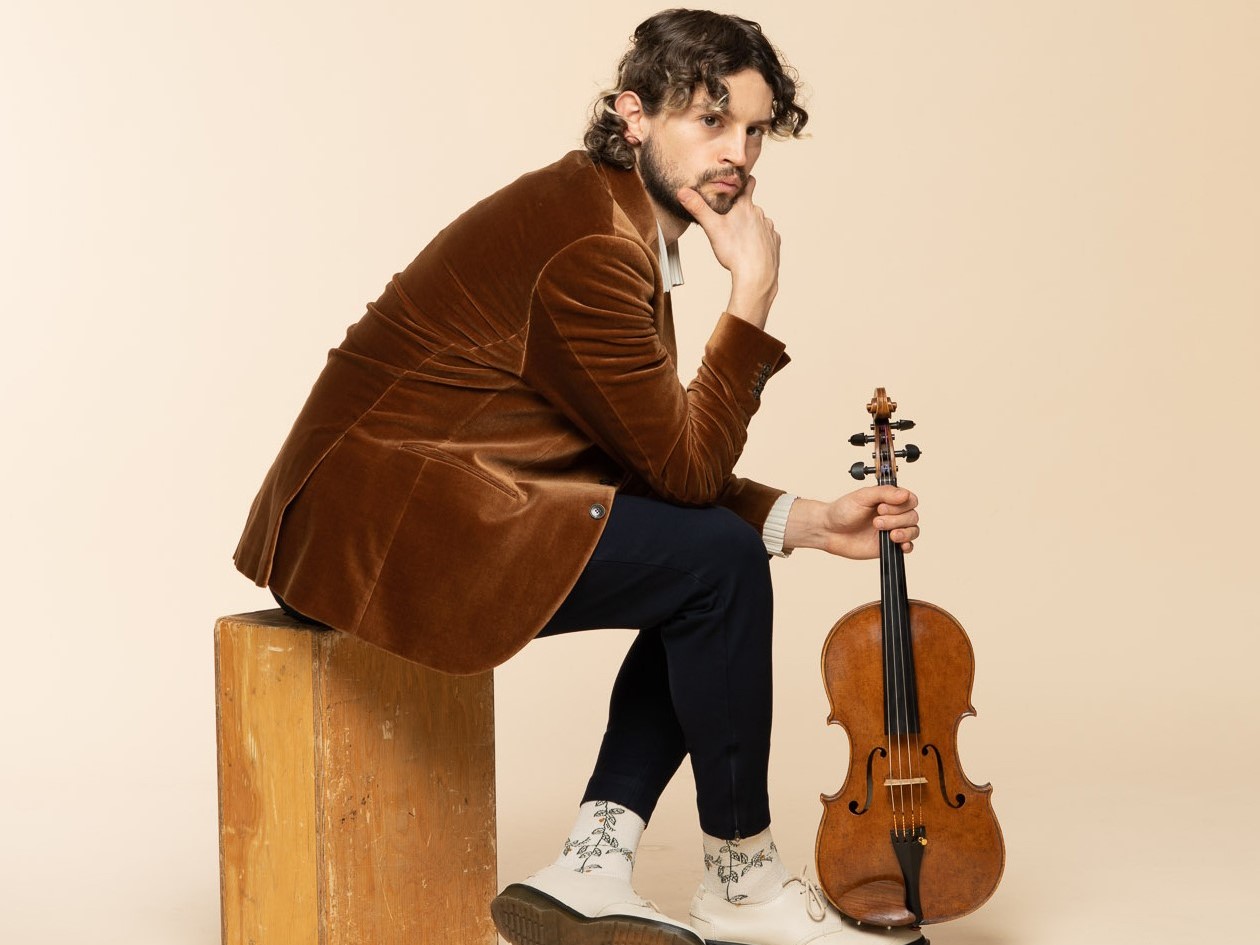 Praised by The WholeNote as “showcasing multitudes of colours and possibilities, with much skill and imagination,” Radia, the moniker for Saskatchewan-raised artist Ryan Davis, is swiftly emerging as a singular creative force. Combining his rigorous classical training with the inspiration of folk, electronic, and hip hop music, he finds himself seamlessly blending in between creative spaces. Using his viola as his voice, his unique sound has garnered attention and has been featured in diverse spaces, including in Toronto’s Koerner Hall, The Violin Channel, in Los Angeles’s Skid Row, and on ABC Channel 7 News LA.