In Conversation With: Andre Zhang 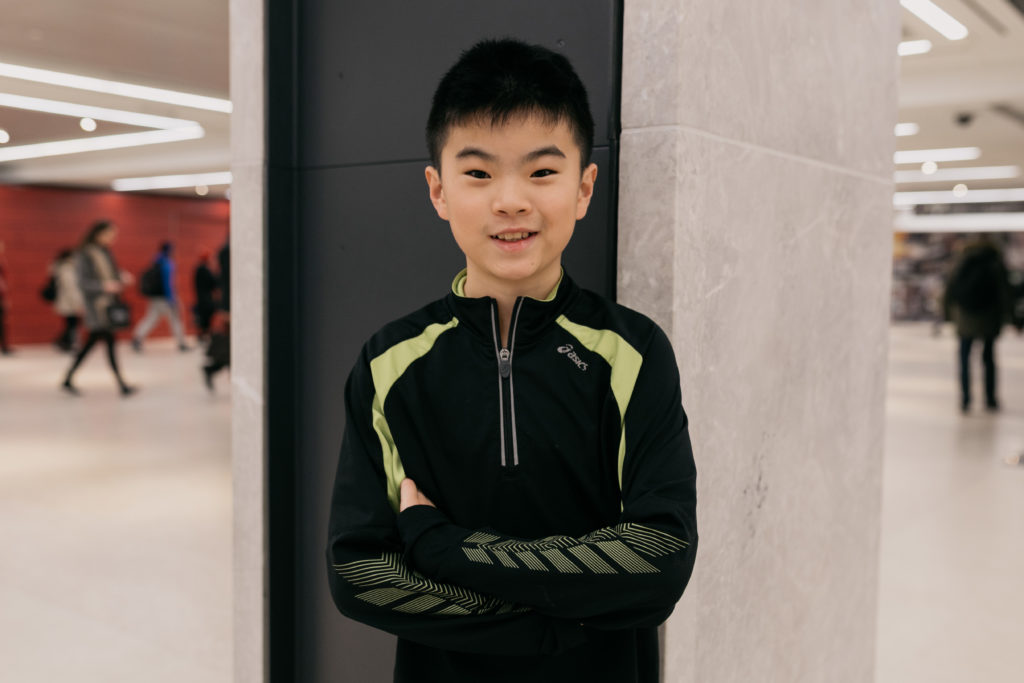 With March Break underway and stories of groundbreaking young adults captivating us from all corners of the globe, there is no more perfect time to unveil our March theme of Potential at Union. To talk about potential means to discuss the future, and when we met our latest interviewee this past January, we knew the future was in safe hands. Introducing one of the most impressive kids we know, Andre!

Union: Hi Andre! Remind us what grade you’re in.

U: What are some of your favourite subjects at school?

U: At ‘Union Speaks’, our event back in January, you had one of our favourite questions of the evening! We were so glad you were there. What made you decide to come along to a Speaker Series about Transformation in Toronto?

AZ: Well, I saw an ad on Instagram and thought this looks neat! It was the first event of this category I’ve seen, and I have a special interest in infrastructure and new developments in the city. So, I thought it was pretty cool and decided to come check it out!

U: Did you learn anything new that night from the speakers?

AZ: Yes! I really enjoyed the part on what transformation means in a big city, and how transformation is needed to grow and evolve with a city. It came as a surprise about how many areas, many wasted/unused areas of the city are being transformed into new public realms, something that all 21st century cities need to be doing in order to keep communities livable.

I also enjoyed learning about the East Harbour project. I had a vague idea of the project before, but I really understood more the idea that this project was Toronto’s first “model community” almost in a sense, a community that is truly livable and connected, as well as sustainable and mobile. It was a great thing to hear about these wonderful things that are happening in Toronto. 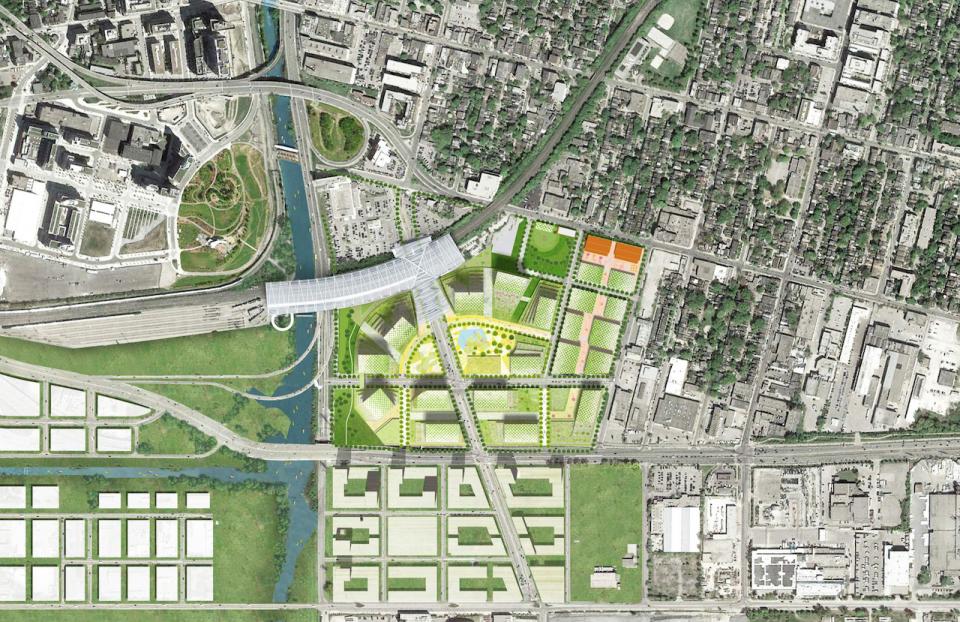 U: What are some of your favourite things to do in Toronto or the GTA? Do you have a favourite spot in the city?

AZ: Personally, I enjoy the most the ethnic foods our city has to offer. Our “melting pot” name in some senses is a literal “melting pot” of foods! I like to try different types of foods, eat different styles of cuisine from every corner of the world. From Curries to Noodles to Schnitzel to Kabobs, I like to go across the city to hunt for the next traditional ethnic restaurant. Toronto is truly one of the only places in the world where you can do that!

Besides that, I also enjoy many other activities in our city. An afternoon concert at Roy Thomson Hall, or a casual stroll on the waterfront with a cool summer breeze. The excitement of a roller coaster racing down at Wonderland, or the big city feel of a walk through the skyscrapers of the financial district. Toronto just has an endless list of things to do, many of which I enjoy.

U: What do you think makes Toronto different from other places?

AZ: Well, first of all, Toronto is extremely diverse. This has been said over and over, but really it is truly the best thing about Toronto. Not only do we have an abundance of ethnic foods, festivals and cultures in Toronto, but we really have a type of diversity that goes beyond livelihood. It goes to business competitiveness: We have a talent pool from around the world, not one city. In other sectors: We don’t have the people of one city, we have the whole world in our city. This is something very few places can say!

Also, I really like Toronto’s land use. Unlike many other large cities, there is every possible type of land use development to suit everyone’s interests. We have the hustle and bustle of the downtown core, with everything being conveniently within walking distance. Then we have midtown, the perfect blend of walkable but at the same time you still have a large lot and a semi-detached dwelling of a reasonable size. Then we have the suburbs. Although it might be harder to get around without a car there, the dwellings are large, spacious and new. There is something for everyone, again something most places can’t say.

And of course, we have ravines. As a city hall speaker quoted: San Francisco has its hills, Venice has its canals and we have our ravines. They are essential is shaping Toronto: the three main ones (Rouge, Don, Humber) Split the city in three segments until recently. They cover 2/6 of our city, and are places where people go to play, and enjoy. The ravines are also home to some of the wildest wildlife in any urban area!

U: Do you think it’s important for kids to get involved in their city? Why?

AZ: Absolutely! Kids are after all the people who will reap most the benefit of what we’re doing now, and are the ones who will continue building. I hear it most on a crowded bus coming home from school. On that crowded bus, I look around and I think. I see all the students cramming on without paying. I hear the students in front of me talking about stuff way too old for them. I look and see all the people who couldn’t get on the bus due to overcrowding. All the people talking about ways to improve the TTC. This shows we do have ideas!

The next step for us is to make these ideas heard. Join an organization’s, sign a petition, join a social media group. Make yourself heard. Once you do, people will pay extra attention to you. Use this opportunity to say how do we improve this? Only then, will we be ready to lead a city in the next ten, twenty years. It all starts now, as kids.

And not even just for the future, really for now. I know many kids who think government and other issues are a bunch of old people yelling at each other about how to make a society better for adults, and they don’t care for us. Well, if you think that’s true then get out there and change that. You still have ten, twenty years before you’re an adult and you want the city to start evolving with you in mind before twenty years has passed.

U: What are some of the ways elementary-aged kids such as yourself can take advantage of what Toronto has to offer?

AZ: Well, first, get out and explore! On a weekend, have a family venture out east to Rouge park, the Lake down south, Earl Bales up north, whatever! See what our great city has to show, see it all. There will be a lot more than you would expect. Make it fun, and incorporate it into a routine. Maybe after school, take a short detour to the trail each day, or every Sunday afternoon go see a museum, park or other point of interest. Also, go off the beaten trail. I was shocked the first time I went to Rouge Park to learn there was this huge park, so wild within the city! Just get out and explore regularly. It’s the first step into learning about and growing our city.

U: What does Potential mean to you?

AZ: I believe potential is the difference between what you’re doing vs. what you can be doing, weather that’s now or in the future. It’s a fuzzy line between what I am and what I could be, a line that gets ever more fuzzy the more we try to erase it. Potential is the ability of people, communities and regions to improve, change and adapt. It could be the potential of a wasted area in a pristine space turned into a skate trail. That’s potential. Or a group of people, wanting to help build the city. That’s potential

And really, there is a lot of potential in our communities. Even at my school. Many of my students have an opinion on just about everything. They have ideas, and some are pretty damn good. These people, these ideas have a potential to make our city and the world a much better place. And we are getting a lot better, making a lot of progress on unleashing the potential.

Andre’s engagement with Toronto makes us so proud to live in a great city like this one that inspires such eloquence and passion. And we’re also so proud to now to count him amongst our Union friends. With a focus on Potential this March Break, find the full schedules of events here. You’ll catch us hanging out at a screening or drama workshop in the West Wing this week (and if Andre is there, I’m sure we’ll be deep in planning mode for Toronto’s bright future!)